Skip to Content
Home / encouragement / Root of the Issue

Yesterday, I had a root canal!

I had a dental crown put in place to fix a hairline fracture…blah, blah, blah! Over the past few weeks, I had been experiencing a great deal of pain, which I assumed was normal, until it became unbearable. It got to the point that my everyday activities suffered, and I felt myself slip into a mini depression!  My life flashed before my eyes.

I called and gave the receptionist a does of my dramatics (most tastefully)! She had no choice, but to bring me in for an emergency visit, during which I was informed that I would need to have an emergency root canal to avoid infection! Unfortunately, I was a part of the 20% of people who suffer from “irreversible inflammation” resulting in the need to have a root canal, and if left untreated could lead to my needing an extraction (losing my tooth completely).

As the dentist began to work, I had a revelation about life…

Many of us are walking around with unresolved issues in our hearts! like the pain from my tooth, We’ve tricked ourselves into thinking that this disruptive pain is “normal” and simply “a part of life”.   We’ve allowed the destructive roots of  Jealousy, regret, FEAR, loneliness, unforgiveness, and anger to settle in our hearts, not even realizing that if left untreated will lead to greater loss! Lack of focus, missed opportunities, broken relationships… and the list goes on!

Today, I encourage all of you to schedule your emergency visit, and get to the root of the issues!  Let go of the negativity that’s been hindering your progress! Appreciate what you’ve been given! Remember that everything happens for a reason, and worrying about the past won’t change it! Fear is debilitating, unforgiveness will kill you, and loneliness won’t last always! forgive, let go and move ON!

Although difficult at times, it is not impossible!

Pass it along; Encourage someone who needs to read this: 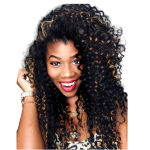 I am here sharing my journey as I empower other millennial mommas to overcome the overwhelm, master work/life harmony, while giving themselves permission for M.O.R.E; Manifesting Overflow & Results in Every area of their lives. God says we deserve it! #Millennialmomchat

5 Essential “To-Dos” for a Flawless Face!

Momma, You NEED to read this one!